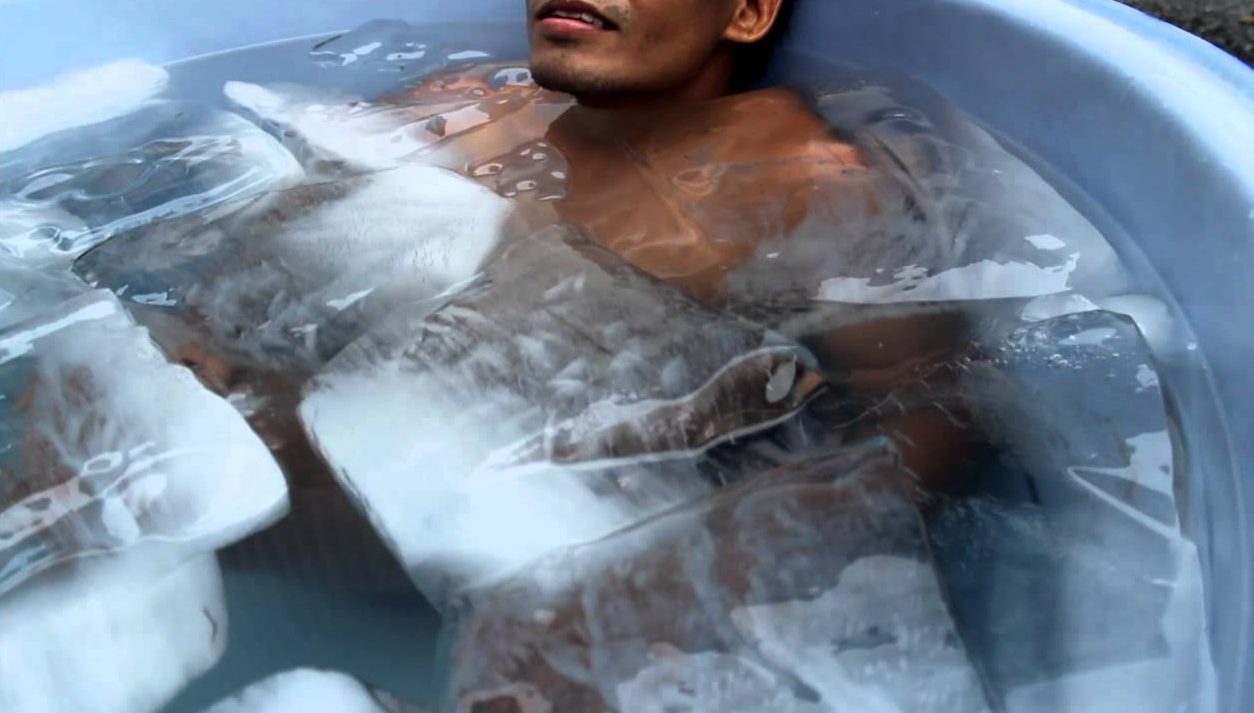 Surely you have ever seen people dipping their feet in ice water, and did not understand why they are doing this. It’s simple – it is believed that exposure to cold water accelerates recovery after a hard workout and reduces pain. We studied all the scientific research on this subject (and came to the conclusion that nothing is clear at the moment).

In 2002, after winning 10,000 meters in Munich, Paula Radcliffe admitted that that triumph was made possible thanks to the “secret weapon” that allowed the body to recover from hard training and to go to the start in full combat readiness. The secret of the athlete is the use of cold baths before the start. After this recognition, the technique became popular.

The practice of immersion in water with a temperature of 12-15 ° C after training is used by many athletes. It is believed that this technique leads to a decrease in muscle soreness. There are a lot of ways to use cold water for recovery: for example, it can be a change of cold and hot water, or a variation in the duration of immersion in cold water.

Despite its popularity, there is no more controversial recovery technique than this. There are many studies confirming the effectiveness of the method, however, there are many works in which the opposite is stated. Soreness in the muscles. There are a lot of ways to use cold water for recovery: for example, it can be a change of cold and hot water, or a variation in the duration of immersion in cold water.

What is the essence

There are four possible mechanisms by which immersion in cold water can improve recovery:

After intense training, muscle microtraumas and small breaks in muscle fibers develop. This stimulates cellular activity, which helps to recover faster and strengthens muscles. Immersion in cold water causes a narrowing of blood vessels. This (seems to be!) Promotes the elimination of lactic acid. With a decrease in temperature, a slowdown in metabolism and physiological processes in the muscles will occur. Cold reduces swelling and tissue damage. It is believed that this affects the metabolism of lactic acid.

Is there any evidence that this technique works?

Despite the active use of cold baths for recovery, especially by professional athletes, the evidence base on this issue is very small, and the studies performed are not large-scale. Some scientists talk about the inefficiency of cold baths and the placebo effect. Two theories of adaptation have been put forward, as applied to immersion in cold water.

One of the most cited works on this topic was published in 2006, and the authors showed an increase in strength and endurance among volunteers who were immersed in cold water after a workout. However, the protocol of this work was so unusual that many wondered if the findings of this study are applicable to the real world of sports.

A little later, in 2015, the same team published the results of another study in which a group with dives in cold water handled the loads better, but what was the mechanism of this improvement is not entirely clear.

A group of scientists from Australia tried to answer the question about the effectiveness of cold baths. They evaluated the adaptation to the training process for elite cyclists in a three-week cycle, where one group of athletes was immersed in cold water after training. However, no significant difference in performance was found between the athletes of the two groups. The authors suggested that the effectiveness of immersion in cold water exists only in theory, and the practical application of this technique is useless.

What is known about the runners? A recent study claims that immersion in cold water actually speeds up the formation of new mitochondria, which are key factors in adapting to endurance training.

The second theory: immersion in ice water worsens adaptive abilities, because it reduces fatigue and inflammation in the muscles and ligaments

For most people, a little pain can be unpleasant, and they will happily take advantage of a way to reduce pain. However, for runners who train their bodies for maximum stamina, trying to reduce muscle pain and inflammation can weaken them.

The inflammation that occurs in the muscles after exercise helps them recover. But the narrowing of blood vessels caused by immersion in cold water will lead to disruption of protein synthesis in the muscle that occurs after injuries and injuries.